London is possibly the most iconic city in the world. It is steeped in history and has long served as a residence for the Royal Family. Visitors enjoy the city’s modern ambiance, but they are also enchanted by its old-world charm, which can only be sensed when you come. If you’re planning a trip to this beautiful city (for business or pleasure), you must not miss out on these most incredible places to see in London or you’ll return home with a trunk full of regrets. But isn’t that what we don’t want? Let’s read things to know about London in detail!

The London Eye is possibly the most recognizable Ferris wheel in the world. It was erected to commemorate London’s millennium festivities in 2000, and it has been one of the city’s most popular attractions since its inception. The individual glass capsules on the wheel ascend 443 feet above the Thames, providing some of the city’s best views. The entire trip lasts approximately 30 minutes and is generally accompanied by a huge line. If someone is in a rush, they can experience it before the rest of the world using a London Eye: Skip-the-Line Ticket.

Westminster Abbey is one of the most well-known tourist attractions in London. This prominent location associated with Christianity since the seventh century and has witnessed many funerals and coronations, is a must-see destination for everyone. However, the site has recently gained a reputation as a favored setting for Royal Weddings.

Piccadilly Circus and Trafalgar Square are two of the most excellent spots in London, and they are conveniently close to each other. Trafalgar Square was created to commemorate Lord Horatio Nelson’s victory over the French and features Nelson’s Column, a 56-meter granite monument above the square’s fountains.

Piccadilly Circus, on the other hand, at the confluence of four bustling London streets – Piccadilly, Regent, Haymarket, and Shaftesbury Avenue – and overlooks this frenetic traffic stands London’s most iconic sculpture – the winged Eros carefully balanced on one foot.

The Tower of London

The Tower of London’s majesty and splendor draw visitors to it making it one of the top London tourist attractions. When in London, one cannot but visit this marvel. The Tower of London has been many things over the years, from a prison to a castle to a treasure vault to a private zoo. It is currently a global heritage site.

The Royal Botanic Gardens, also known as Kew Gardens, are a great site to catch some of London’s rare sunshine. This 300-acre park is located in southwest London on the banks of the Thames and is ideal for a stroll with your loved ones. The gardens, which were established in 1759, are currently government property and provide a variety of excursions with free access. Aside from that, numerous musical and cultural events are conducted here throughout the year.

Another well-known London attraction that you should not miss, Hampton Court Palace, goes back to Henry VIII’s reign. It is where Elizabeth I learned about the defeat of the Spanish Armada. The palace also houses an attractive astronomical clock that goes back to 1540 and other fascinating aspects that should not be missed.

Notting Hill is one of the destinations you do not want to miss on your trip to England. One of England’s most wealthy and affluent areas is known for being multicultural and cosmopolitan. You will notice stunning pastel buildings and pastel antique vehicles outside these residences as you walk around.

The British Museum is one of the best sites to visit in London, and for a good reason: it houses over 13 million objects from the ancient world to the current era. The precious items come from worldwide and civilizations such as Assyria, Babylonia, Europe, China, and others. The most famous exhibits include the contentious Parthenon Elgin Marbles, the gigantic bust of Rameses II, Egyptian mummies, and much more.

There are several places and things to know about London. However, getting the right idea about the places becomes quite challenging as every source has its information. For reliable information, you can rely upon MysittiVacations. They are amongst the best travel partners to let you know about everything from different places. Also, you can book hotels, restaurants, and homes for comfortable traveling. Visit their website for more details! 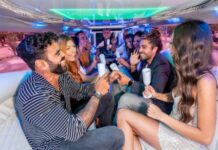 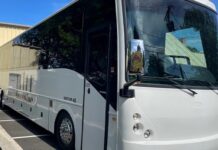 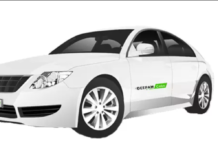